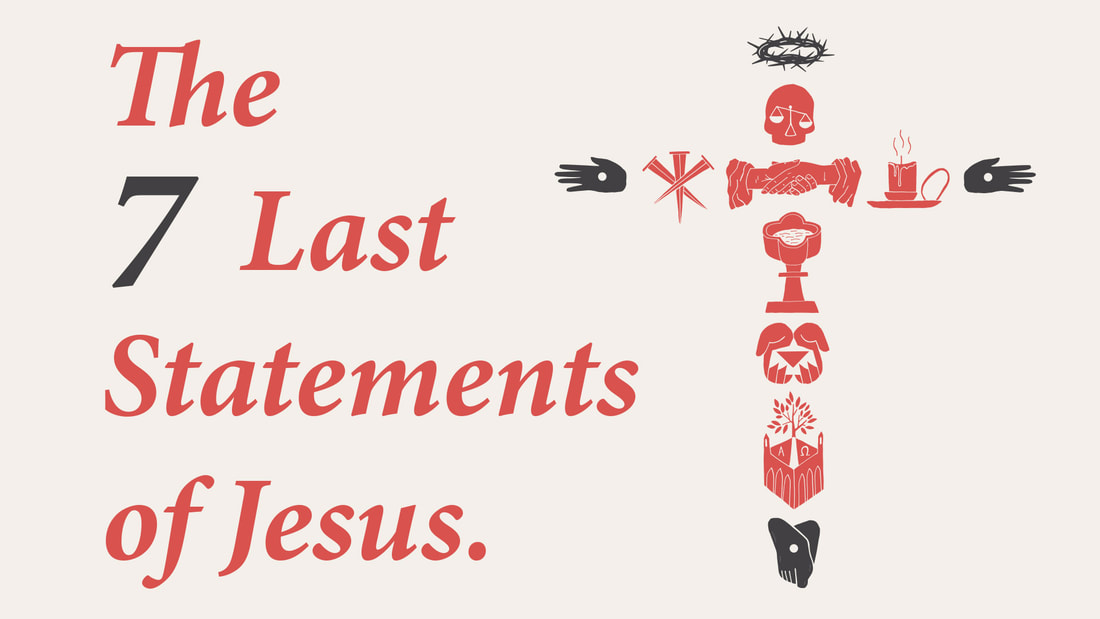 As we lead up to Easter this year, our sermon series focuses on the last 7 things Jesus said on the cross. So throughout the series we’ll be focusing on one statement a week in reflection on what it meant for Jesus as he said it, as well as what it means for us this Easter season. And with each statement, we’ve included an image or symbol that helps to illustrate or remind us some of the meaning. Throughout history art has been used to communicate deep truths at the visual level, so we wanted to give a short description of some of the intended meanings in these images to give you a starting point for your own reflection. 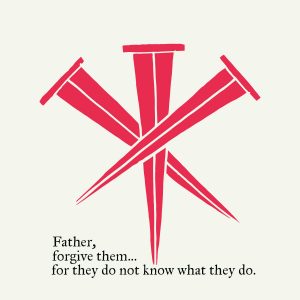 Three Nails – the implements of suffering and judgement.In this case, there is a literal representation of the three nails: two for Jesus’ hands, and one for his feet. This can serve as a reminder that these nails that were rightfully intended for us, but instead we placed them in the willing hands and feet of our savior. 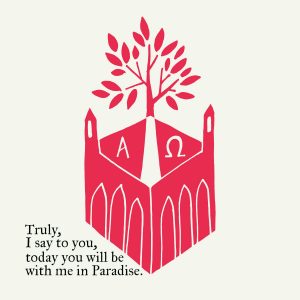 City with a Tree – an eternal destinationThis image is a representation of paradise as a city, which at its center has the tree of life. Additionally there are the “alpha” and “omega” symbols, which come out of the book of Revelations where Jesus refers to himself as “the alpha and omega, the beginning and the end”. These images can speak many truths, but some of the key ones would be the upheld promise of Heaven or “Paradise” as a real destination that the follows of Jesus go when we dies. It also shows Paradise as being connected to the Garden of Eden, God’s original paradise that will be restored. And lastly, it is a reminder that Jesus is eternal and rules eternally. 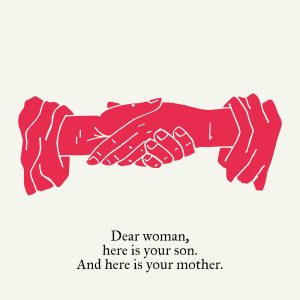 Clasped Hands – concern for pain and the physicalThis is a depiction of Jesus, in the midst of His pain and suffering, looking to the care of those He loves. With His words he placed the hand of Mary into the hand of John, entrusting her care to him. This thought can comfort us as we are reminded of His continued care for us as his children, in the midst of our pain and messy lives. 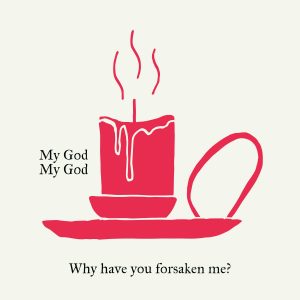 Extinguished Candle – a light gone outWe can think of this candle as a metaphor for the entire series of statements, with each one the light is being further extinguished. Also the candle could be thought of as the light of unity within the Trinity, which until that point had never ceased. Imagine experiencing that darkness for the first time. 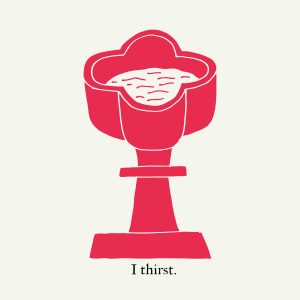 The Cup – Jesus drinks the cup before himThis literal image of a cup doesn’t look anything like what Jesus would have used on the cross, but it is meant to help us remember the Last Supper when Jesus took the cup and said, “This is my blood of the new covenant”. There are also many references close leading up to the crucifixion in which Jesus refers “drinking this cup”. (Matthew 20:22, John 18:11). And lastly, it is worth considering the implications of Jesus being the Living Water that we are to drink, but in this lowest moment of deep, human pain, He thirsts. 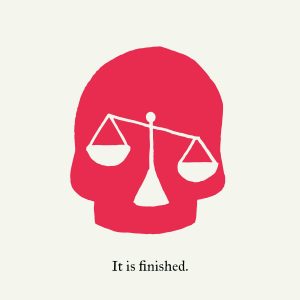 The Skull and the Balance – the final debt paidThe stark outline of a skull is enough to make anyone feel the sadness associated with death. In this case of course it references both the literal death of Jesus, as well as the location of His death, Golgotha, the hill of the skull. But to counteract this skull we also have the balance, where we are reminded of the purpose of His death. Our debt has been paid. 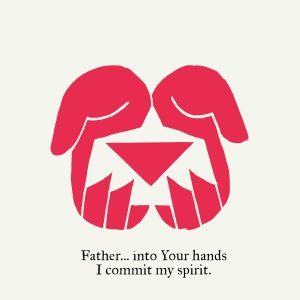 The Dove and Hands – eternal unionThe image of a bird, and more specifically a dove, ascending into open hands is the depiction of Jesus’ spirit ascending back to God. In many ways this echos the moment that Jesus was baptized by John the baptist and the Spirit descended on him in the form of a dove. The triangle is also a symbol of the three parts of the Trinity being eternally united once more.