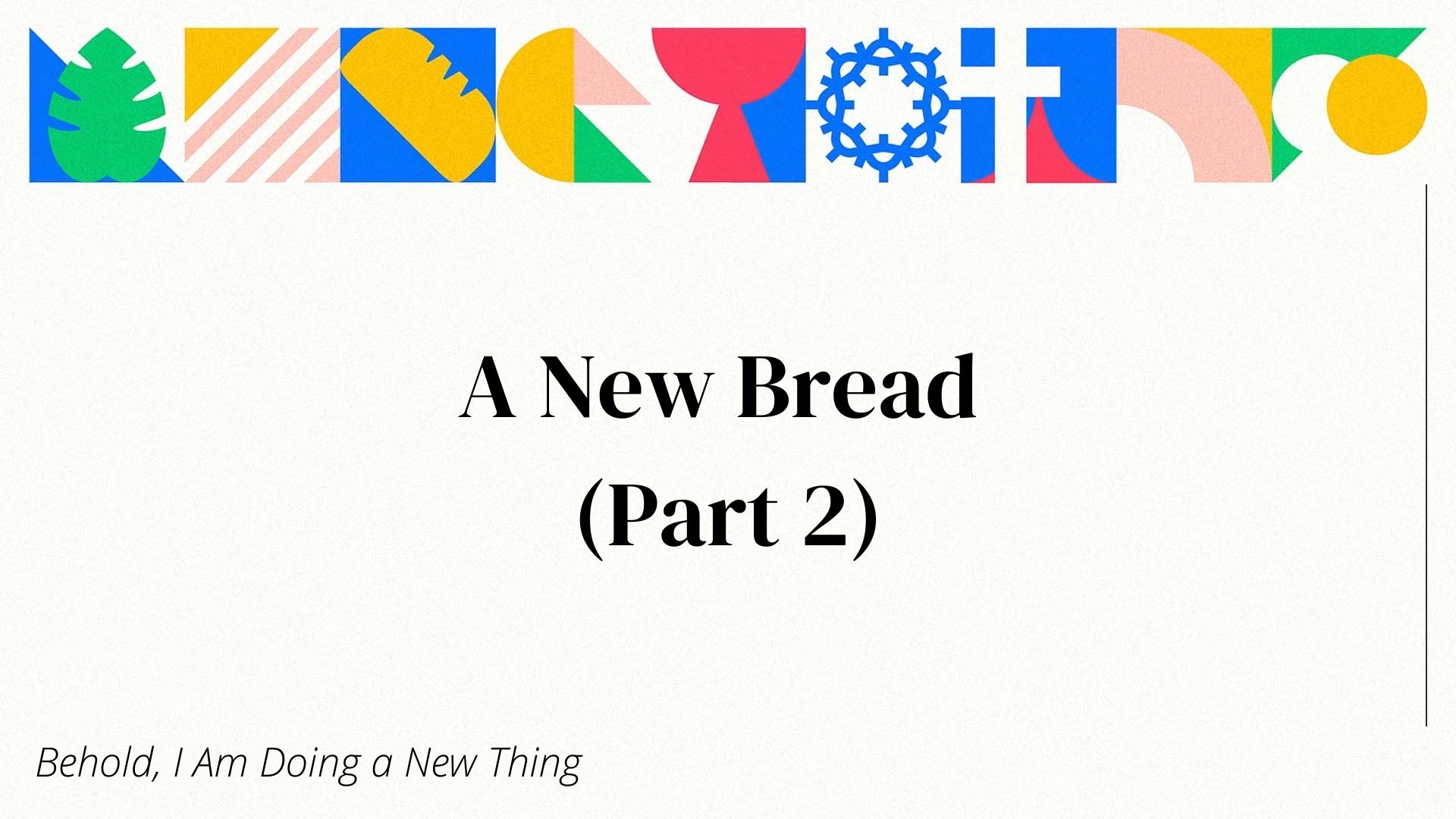 The Bread of Life

Roughly 1,500 years after the Israelites drove Moses crazy[1] with their complaints of hunger, and then with their complaints that they didn’t have anything more or better to eat than the bread called manna that literally fell from heaven, Jesus dealt with another generation of God’s people asking for “more”. It was only yesterday that he had fed the crowd of 5,000 with only a little kid’s lunch, and the same Galieans had tracked him down on the other side of the sea (John 6:1-15). He knew that they followed him not because they believed in him and the miracle they had witnessed, but because they wanted more food. When he called them out on this, they replied:

“Then what sign do you do, that we may see and believe you? What work do you perform? Our fathers ate the manna in the wilderness; as it is written, ‘He gave them bread from heaven to eat.’’ (John 6:30-31)

Keep in mind that the crowd had just seen Jesus perform a sign,which was the whole reason why they were talking to him at that moment. It’s hard not to imagine the verses above being said with the spirit of children trying to manipulate their stepmother by pitting her against their long-gone mother (“Moses always let us stay up past ten on school nights!”). But the crowd didn’t understand that Jesus was not merely another prophet.  For one, he knew that the Israelites had not been grateful for God’s provision of manna and could not be satiated by “just” one miracle either. His reply was that it was not Moses who gave them the bread from heaven, “but my Father gives you the true bread from heaven. For the bread of God is he who comes down from heaven and gives life to the world.” (6:32-34) When they asked to receive this bread, his answer was unexpected:

“…I am the bread of life; whoever comes to me shall not hunger, and whoever believes in me shall never thirst. But I said to you that you have seen me and yet do not believe…. For this is the will of my Father, that everyone who looks on the Son and believes in him should have eternal life, and I will raise him up on the last day.” (6:35-36, 40)

The crowd was incredulous. They knew Jesus’s mother and father, and he expected them to believe that he came down from heaven? But he didn’t back away from this point:

This was the rabbi’s second strike from the crowd. Did he really mean they were supposed to eat his flesh? How would that even be possible? He doubles down:

Jesus’s followers had a hard time processing that the guy who managed to feed them all with five loaves and two fish also wanted them to eat his flesh and drink his blood, and many of them departed just moments later. (6:60-66)

Like manna, Jesus was heaven-sent, spotless, and to many Jews, disappointing and, frankly, weird (I mean, if anyone other than Jesus told me I needed to drink their blood, I would say “No thank you” and walk very far away). The crowd was looking for a king who would meet their needs like the kings and leaders God had appointed many times before. Like the Father when He showered manna upon the desert, though, Jesus knew of the need that was not even on their radar– the need for reconciliation with God. And unlike manna, he wasn’t just going to show them how much they needed God’s mercy before they eventually died. He was and is the Bread of Life because he could restore the relationship between God and the world– not just Israel, but the world — allowing man to live eternally in His kingdom.

John 6:35-38 may remind us of the First Supper or the communion we take periodically, but before either of those things came to be, the call to consume Jesus’s flesh and blood was first a call to rely fully on Jesus as our source of life. When we feel we lack anything during Lent or any season of longing, we are filled not only by the promise of eternal salvation, but by everything Jesus has to offer in this earthly life– his love, his wisdom, his teachings, all instilled in us by his Spirit. We get our taste of heaven when we invite Christ to work in our hearts, allowing us to see the bounty of what God has given us and will continue to give.