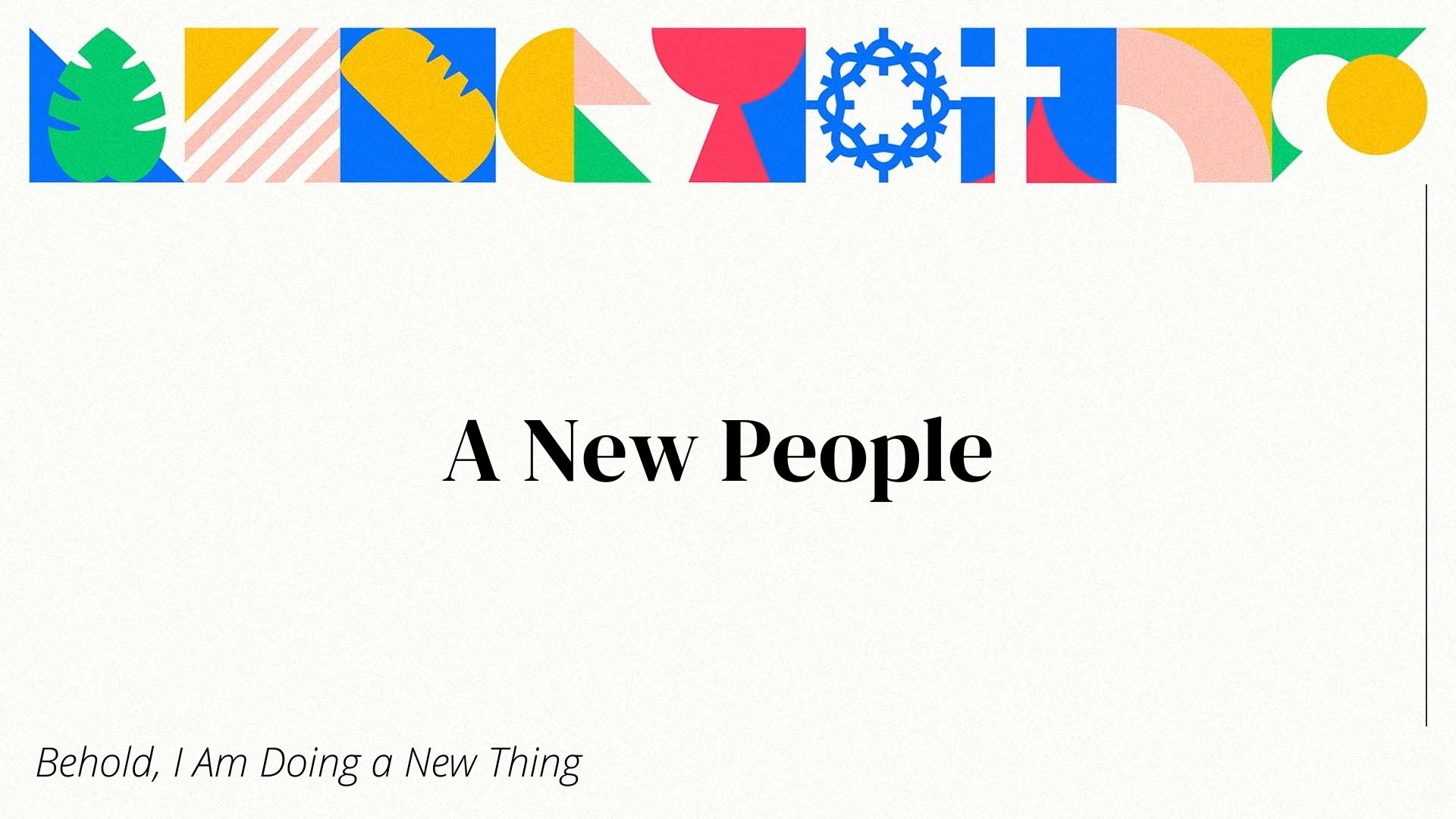 As we continue along in our series of articles, this might be a good time to remember our original premise: rather than saying “I am making all new things”, Jesus says at the end of The Revelation, “Behold, I am making all things new.”  The revelation of God in the Bible is one story of redemption.

The story God has told is the story that God is telling.

Graeme Goldsworthy explains this idea well when he says: “It is characteristic of the writing prophets that they take up Israel’s prior experiences of God and reuse them.  Creation, captivity, redemptive exodus, covenant regulations, possession of the promised land, kingly rule, all become invested with deeper significance as God promises a new experience of them”[1]

From my article “A New Exodus”, you will recall that the word exodus literally means, “a way (road) out”.  God’s people found themselves in bondage, in a foreign land, under a foreign king, and they needed a way out.  We saw that the exodus was not a one-time event in the biblical narrative, but rather is a recurring theme in scripture.  We saw that the return from Babylonian captivity was presented to Israel as a “New Exodus”.  Further, we saw that the new exodus, with its promise of redemption and forgiveness, was not only for Israel’s children, but for all of Adam’s fallen race.  Israel’s exile in Babylon not only harkened back to their Egyptian captivity, rather, both of those historical events recall a greater exile that took place in the Garden.

Exodus from the ‘Other side’

But, if we look at exodus from the ‘other side’, we find that there is more to this story than a people in need of a way out of bondage to sin and its dominion.  We find that there is a Father, Creator, God who has been calling His people to himself from the very beginning.  There, in their garden home, our co-regent parents hid from their Maker, having discovered the knowledge of good and evil.  And there, in the paradise created for them they heard His heart-broken call, “Where are you?”

That call would persist until one day, when a young man would come up from under the waters of the Jordan River, that same Maker-God would declare, “This is my Beloved Son, in whom I am well pleased!”.  No longer would God be calling for “adam”.  He’s found him, in the Last Adam – God’s final word on the subject.

But I’m getting ahead of myself.

From the ‘other side’ of the first exodus, we see that God was calling his “son”, Israel, out of Egypt:

When Israel was a child, I loved him,

From the ‘other side’ of the New Exodus, when our Maker has redeemed us by atoning for our sins,  we find the promise of God’s calling His people back to himself:

I have blotted out your transgressions like a cloud

The prophet Hosea was called by Yahweh to preach to the Northern Kingdom of Israel.  God commanded Hosea to take a prostitute for a wife and have children with her (prophet was not a job for the faint-hearted).

Their first child was a bouncing baby boy.  God told Hosea to name him Jezreel[2], because God was going to put an end to the kingdom of Israel.

The narrative continues in Hosea 1:6:

‘Hosea’s wife’ conceived again and bore a daughter. And the Lord said to ‘Hosea’, “Call her name No Mercy[3],  for I will no more have mercy on the house of Israel, to forgive them at all.”

And then child number three comes along in verses 8 & 9:

When she had weaned No Mercy, she conceived and bore a son. And the Lord said, “Call his name Not My People[4], for you are not my people, and I am not your God.”

What a happy family.  Little No-mercy sharing her toys with her baby brother Not-my-people, while daddy Hosea waits for his prostitute wife to come home from work.  Again, we get the picture that God is painting for us in this story.  I quoted Hosea 11:1 above.  But the passage continues:

“When Israel was a child, I loved him,

and out of Egypt I called my son.

The more they were called,

the more they went away;

they kept sacrificing to the Baals

Israel, acting the part of Adam, runs away from the call of God who loves him.  And so the kingdom of Israel will be ended, just as God promised.  Assyria will come, as God’s agent, and carry the Northern Kingdom off into an exile from which there will be no return.  The book of Hosea is the story of a lover’s lament.  Even as he declares to them their doom, his heart breaks again:

How can I give you up, O Ephraim?

How can I hand you over, O Israel?

My heart recoils within me;

my compassion grows warm and tender[5].

God had revealed his weakness[6] to Moses just after the exodus from Egypt:

“Yahweh, Yahweh, a God merciful and gracious, slow to anger, and abounding in steadfast love and faithfulness, keeping steadfast love for thousands, forgiving iniquity and transgression and sin.”[7]

Israel’s God never ceased to call his people back to him.  The echo from the Garden, “Where are you?” reverberates here in this tragic episode.  “The more they were called, the more they went away.”  And now God’s own people, the ones called by his own name, find themselves facing their God who:

“will by no means clear the guilty, visiting the iniquity of the fathers on the children and the children’s children, to the third and the fourth generation.”[8]

“Yet the number of the children of Israel shall be like the sand of the sea, which cannot be measured or numbered.”[9]

And the promise-keeping, ever faithful, true-to-his word, God says to that heart-broken prophet:

[3] Lo-ruhama, which means she has not received mercy

[4] Lo-ammi, which means not my people

[6] That is written tongue-in-cheek