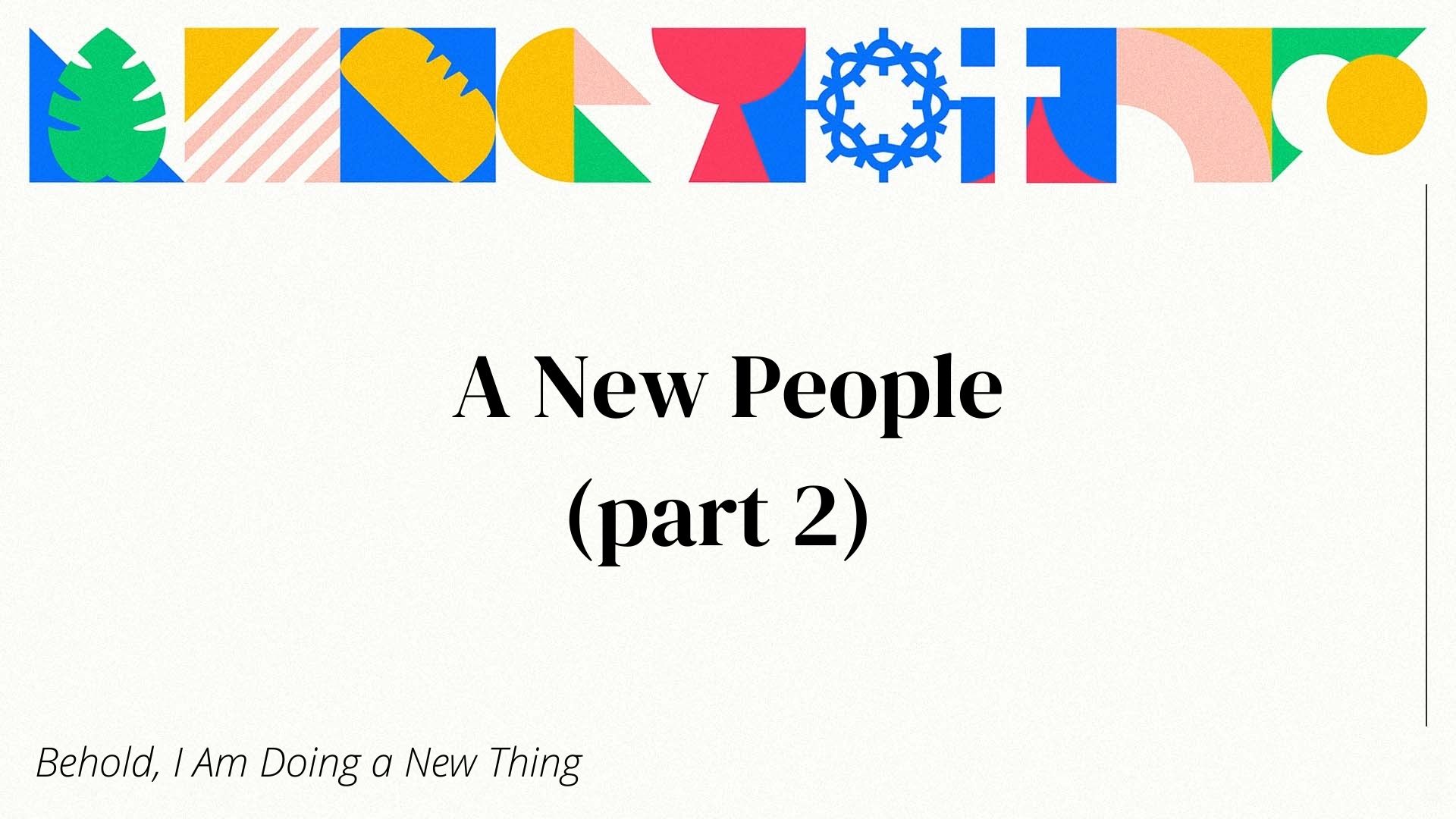 Those of you who were around for the early days of Contemporary Christian Music probably remember Amy Grant’s song “Father’s Eyes”.  The song was a prayer of sorts that she would “see” the way her father sees – that she would have her father’s eyes.  If she could see the ‘way’ he sees then it would follow that she could see ‘what’ he sees. “Eyes full of compassion, seeing every pain.”  “Eyes that find the good in things when good is not around.” And when it was all said and done, her highest hope was that it would be said of her that she had, “Her Father’s eyes.”

God and his people could not see eye-to-eye.

The book of Jonah ends with God perplexed by his prophet’s inability to have any compassion on the city of Nineveh or its inhabitants.  Do you remember the story?  To make his point, Yahweh caused a plant to grow up overnight to provide Jonah with some much needed shade.  But as Jonah napped under his comfortable shade plant, a worm came and destroyed it.  The poor prophet wakes up so miserably hot and uncomfortable that he just wants to die!

But God said to Jonah, “Do you do well to be angry for the plant?” And he said, “Yes, I do well to be angry, angry enough to die.” And the Lord said, “You pity the plant, for which you did not labor, nor did you make it grow, which came into being in a night and perished in a night. And should not I pity Nineveh, that great city, in which there are more than 120,000 persons who do not know their right hand from their left, and also much cattle?”

Jonah’s only compassion is for his own comfort.  Meanwhile, the God who made Jonah, and the plant, and the worm, and that great city of Nineveh, is moved with compassion for all of it – even his pouting prophet.

God’s “pity” for Nineveh is such that he knows the number of persons “who do not know their right from their left.”  Is he referring to infants, the aged, those with intellectual disabilities – all of these?  And beyond that, God has compassion even on the livestock of the city?

Are not even these worthy of compassion (pity)?  The promise-keeping, ever faithful, true-to-his word God of Jacob (Israel), and Isaac, and Abraham, and Adam, sees that they are – whether his prophet can recognize it or not.

Not My People… Sons of the Living God

We saw in ‘A New Exodus (part 2)’, that the long awaited return from exile – The New Exodus – started in earnest on the Day of Pentecost. None of this happened the way it had been anticipated.  Not that God had not been telling them – but who could have seen this coming?

Israel’s sins had been atoned.  Not by their own doing, not by perfect sacrifices, or contrition; or adherence to the Law – not even by their appointed time in exile.  Their forgiveness, the condition of the return from exile[1],  had come by the once-for-all defeat of sin by the sacrifice of God’s own righteous son. The captivity was over.  Yahweh would be their God, and they would be His people.

As the captives continue to make their way home, another completely unexpected turn of events presents itself to the fledgling church.

In Acts 10, we’re told the story of Peter’s vision.

“Peter went up on the housetop about the sixth hour to pray. And he became hungry and wanted something to eat, but while they were preparing it, he fell into a trance and saw the heavens opened and something like a great sheet descending, being let down by its four corners upon the earth. In it were all kinds of animals and reptiles and birds of the air. And there came a voice to him: “Rise, Peter; kill and eat.” But Peter said, “By no means, Lord; for I have never eaten anything that is common or unclean.” And the voice came to him again a second time, “What God has made clean, do not call common.” This happened three times, and the thing was taken up at once to heaven.” (Acts 10:9b-16)

It is important that we back up just a bit.  The day before this happened, a God-fearing, gentile man named Cornelius, who was a Centurion in the Roman Army, had been visited by an angel of God who told him to:

“… send men to Joppa and bring one Simon who is called Peter. He is lodging with one Simon, a tanner, whose house is by the sea.”

Now, back on the rooftop in Joppa, while Peter’s head is clearing from his vision, the Holy Spirit tells him:

“Behold, three men are looking for you. Rise and go down and accompany them without hesitation, for I have sent them.”

So it’s off to Caesarea for Peter and several companions who accompany him.  When they get to Cornelius’ house they find “a great number ” of people gathered.  Peter explains to Cornelius that it is “unlawful for a Jew to associate with or to visit anyone of another nation (i.e Gentiles), but God has shown me that I should not call any person common or unclean.”  Apparently, Peter is beginning to understand the meaning of his vision.

And then Peter shares with them the Gospel.  Like he did at Pentecost, he tells the story of Jesus in the broader context of the story of Israel.  It would seem from the text in Acts 10 that he does so without the fanfare that we saw at Pentecost.  It is as if he is just there doing what he was told, not really knowing what to expect. But we know for certain, from the text, that he did not expect what happened next.

“While Peter was still saying these things, the Holy Spirit fell on all who heard the word. And the believers from among the circumcised who had come with Peter were amazed, because the gift of the Holy Spirit was poured out even on the Gentiles. For they were hearing them speaking in tongues and extolling God. Then Peter declared, ‘Can anyone withhold water for baptizing these people, who have received the Holy Spirit just as we have?’ And he commanded them to be baptized in the name of Jesus Christ.” (Acts 10:44-48)

From there Peter and his companions head straight to Jerusalem to tell the church what had happened.  They meet with some stiff resistance and some finger-pointing accusations of law-breaking by engaging in the horrors of eating with Gentiles.  Peter’s answer to them is “What was I supposed to do?”  He asks, “who was I that I could stand in God’s way?[2]”

The stunned gathering of believers there in Jerusalem is left speechless.  When the reality of what had just happened settles in, “they glorified God, saying, ‘Then to the Gentiles also God has granted repentance that leads to life.’”[3]

Hadn’t their risen Lord said to them, “Jerusalem, Judea, Samaria, and to the ends of the earth”?

Hadn’t the prophets told them:

to raise up (only) the tribes of Jacob

and to bring back (only) the preserved of Israel;

I will make you as a light for the nations,

But let’s not be too harsh – how could they have comprehended this?  The Jewish believers in Jesus were still trying to wrap their minds around what their God had accomplished on their behalf.  We say it all the time, “The Gospel is too good to be true!”  And we are right – it is!  These first followers of Jesus were learning that God was calling his people back from every land, every tribe, every nation.

The Creator who called, “Where are you?” was now calling all people everywhere.  His salvation will reach to the end of the earth.

Jesus said, “And I, when I am lifted up from the earth, will draw all people to myself.”[5]

From the other side of the exile, God is calling his people back.  The call has gone out. Who can stand in God’s way?

[1] Lam 4:22 – “The punishment for your iniquity, O daughter Zion, is accomplished; He will keep you in exile no longer.”

[4] Here YHWH is speaking directly to His Servant, i.e. Messiah.  The “(only)” was inserted by me but is implied by the text.  This is too good for only Israel – God would make his Servant a light for all of the nations, reaching to the end of the earth