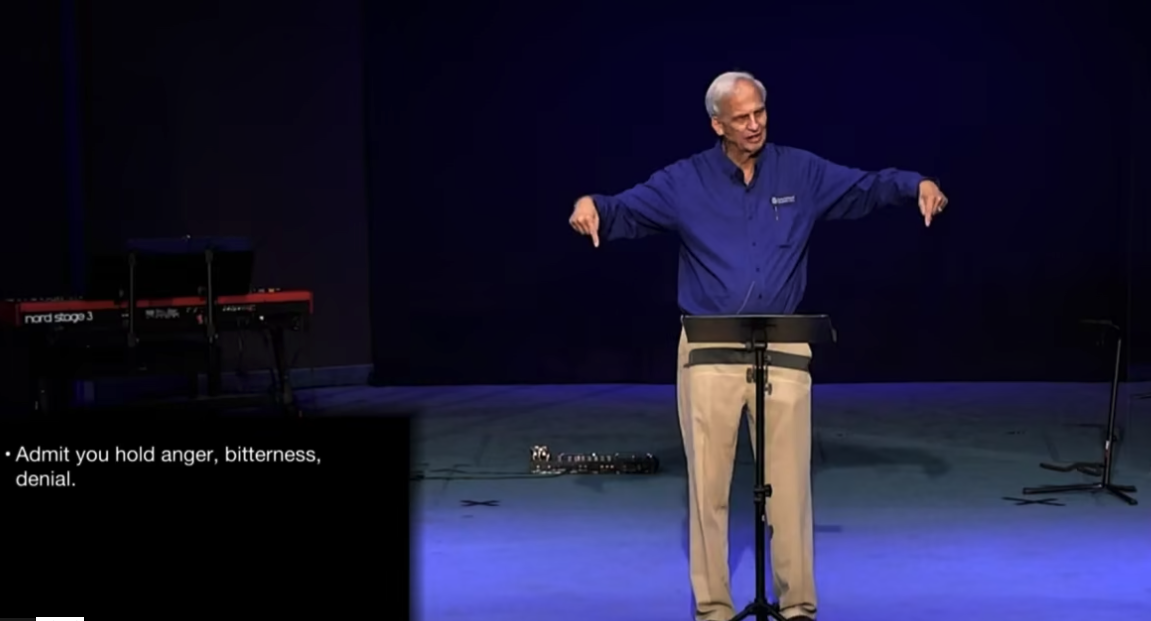 “Be kind and compassionate to one another, forgiving each other, just as in Christ, God forgave you.”

what’d you say I can’t take this anymore. I forgive chip for everything he ever did to me.

If you don’t hear anything else that I say today, whoever you don’t forgive controls you

I was to stout. I was probably hurting 30 point font. 36 has particularly a young man or young woman who was hurt either physically or sexually by a family member, which went deep into their lives. Wait a minute, we all have hurt other people. Sometimes the hurt is intended, a nasty. Some of comes out of our shellfish furnace.

Some of that candidates, parents, siblings, spouse, ex spouse, children, perpetrator self for God. We’re all of the above.

Well, when we have bitterness that puts us into a jail cell that we’re serving time for someone else’s crime. We have a desire to get back at. Who wronged you? I am so angry that I want to get back in any way I can, but you know, something is good. A nice pick. So I’m going to take my ice pick and oh, am I going to get back at them for what they did, but wait a minute.

If I do that, there’s blood all over the place and I’m likely to go to jail. I know what I’ll do. I will find a way that I will swallow this ice pick. Now I can go and attack them with the ice pick and they won’t know it.

Unforgiveness is not forgiving and you’re in that jail cell, a bitterness, but you hold the key for getting out of that jail cell.

But what does God have to say about this dilemma?

So Chuck get re God says, get rid of all bitterness, rage, and anger, brawling, and slander along with every form of malice. And here’s the key be kind and compassionate to one another, forgiving each other, just as Christ in Christ. God forgave you.

Where does it begin? It begins with Jesus died on the cross.

Jesus died on the cross because God Jesus, they were kind and compassionate.

You will be kind and compassionate. You will forgive. No God has given to us and of that. We can forgive. The other, but wait a minute, Paul, aren’t you being a little bit harsh here. I mean, look at what they did to me and you want me to forgive them? Well, let’s see. What did Jesus say? The disciples said, Jesus, how do we pray?

And you said, you pray in this way. I’m asking you father, forgive me in the very same way I forgive others. Wait boy, what got I’m not sure I want you to take that fully, uh, objectively,

because I don’t always want to forgive others. Well, God says be kind and compassionate to one another, forgiving one another as Christ for behavior.

The bottom line is forgiveness is accepting the inequity I was hurting. I’m going to accept that inequity being kind and compassionate,

but any child can tell you, but that’s not fair.

Well, it is not fair that we have to forgive others, but was it forgive fair that Jesus had to die on the cross for you? And for me

now, going to there through this forgiveness, it’s not bang, especially if you’re at the 20, 30 or 36. There’s a process. Now, if we’re out in the lobby and I’ve got a cup of hot coffee and you carelessly turn around and bumping and spill it all over my hand, it’s going to take just about as long as it takes from my hand to cool off to forgive you.

Unless of course, it’s the last cup of coffee and that’s another story,

They survive. They come home now, which one was hurt. The worst. The one guy focuses on the cruel mistreatment and he becomes more and more bitter and you dies this awful shrugged up nasty guy. The other one goes into this process of forgiving works at true forgives. His tormentors ends up going to Bible school and it goes back to Japan as a missionary.

No. How do I do this? What’s this process of forgiving. How do I forgive this month?

This is a function of how you view them, but how can I forget? How can I forgive them? They even haven’t even asked for forgiveness. Well, in this first order, is the perpetrator show up? What does the perpetrator have to do so that you can be kind and compassionate to one another forgiving each other, just as Christ forgave.

You perfect judge. Not that this is something between you and the holy spirit.

Many times the person does even know that they hurt you and you’re waiting for them to come and apologize. Verdict chapel. Let me tell you, say, I say to you, well, pastor mark came in, you know what he told me about you when I say all sorts of bad things. So now you’re angry in bed, right? Pastor mark. Well, it turns out he didn’t say it at all.

I did. I lied and you’re waiting for him to come back and apologize for something he didn’t do.

So we need to admit that we are holding bitterness,

the ice pick in our stomach, wanting to get back and to punish the others, the other, the other person. Now we all have bitterness. She’s not a matter of fact, do we have it? It’s a matter of how much. And does, do we control it or does it control you? One of my mentors, Jim Wilson wrote a book called how to be free, free from bitterness.

I’ve got a few of them out there. There’s also, uh, where you can get a line and you can also get, download it for free as a PDF, actually can load it down and download it and about 18 language. So if you’ve got a problem with your Mandarin, you need to practice your Mandarin. You can get this in Mandarin and practice.

Whereas one woman, I know has a Bible study with a bunch of ladies in Kazakhstan

when she sent this PDF to them in Russian. So people you can’t talk to because of language from you can send this to.

And then I’ll say to guys, if that’s the guy that I’m talking to guys, what’d you like it? If your wife became more kind channel and patient. Yeah, I would. It’s a lady. Lady. Would you like your husband to become more kind? Gentle and patient? Oh yeah.

So we’re looking at how God forgave you picture yourself kneeling before the cross,

The more we forgive, the more that sense of forgiveness. God depends puts into our account.

love and forgive comes not from my strength, but from what my heavenly father who signed died at the cross gave to me.

But shouldn’t they be punished well, what’s God saying don’t repay anybody evil for evil, but be careful to do what is right in the eyes I’ve ever been. If it is possible, as far as depends upon you live at peace with everyone, but here’s the key do not take revenge. My dear friends, but leave room for God tracks.

Gotcha. Just let me do it. I’m good at it. And sometimes if there’s this person who has done something bad and I’m going to go and I’m going to focus on them, God’s out there saying, what’d you get out of the way so I can do it. Or if it’s something he needs to do, he’s going to do it and we’ve become collateral damage.

But the question. Should I tell them I forgive them absolutely positively. Without a doubt, maybe will that request for forgiveness, enhance the forgiving, the reading re unification, improving that relationship. There are times it would be absolutely awful because you’re saying to this person, you did something wrong.

Let me tell you about Ron story. I worked with right here with celebrate recovery. We were in the men’s anger group. I understand all about men’s anger. And I taught a seminar with this material. A couple of months later, Ron and Phil were in my house. We’re having pizza. I said, would you like me to go over this?

And I know that both of them are having problems with their father. Let me tell you two stories with Ryan from Martin’s life. Number one, when he was eight years old, two ten-year-old bullish chased him home. You’ve mentioned in the door, locked the door. Well, his father was there, got the story out of him and he said, okay, you’ve got two choices.

You can either stay in here and face my fish, or you can go out there and face their face. Well, he faced his father’s fish. Many times. It was easy for him to go out and that’s these two, ten-year-olds beat him up second story at his mother’s funeral, he was standing over the casket. She was there, tears running down his eyes, apologize and asking her forgiveness because he couldn’t protect her from his father’s fish.

Well, as we talked about this, that to forgive as God forgive us, Ron says, well, how do you know God has forgiven you? Huh? So I shared the gospel with him and at the end, which is in short form, which I’ve done quite often is okay, I’m going to pray. Like I’m asking Jesus into my heart. You can pray after me out loud, silently.

We’re just thinking about it.

Lord Jesus. I admit I’ve done wrong things. I deserve your wrath. I just, I deserve your punishment, but I know that Jesus died on the cross to take that punishment. And I asked you to put that onto me. And as a result, I want to become the person that you want me to be

finished. The prayer. And I asked Ron, well, what happened? Oh, I prayed with you. I meant every word. Well, but do you feel he looked around and said, I feel that I wage has been lifted it’s light. And I had them write the initials of the people that had a hard time. Forgive. I knew who was at the top of his list.

Well, when you consider Ron’s story about your head, a huge, huge I’m pre what about you right now? Are you in that jail cell, a betterness, or are you free, free to be the person God made you to be free to be the person that Jesus died on the cross to save let’s pray, father God, I just come before you. And I thank you that Jesus did go to the car.

Father Jesus went to the cross and in spite of who I am died for my sin and father, you poured out that love on me. Now give me wisdom and the grace to pour out that love and that forgiveness on others as pray this in Jesus’ name. Amen.