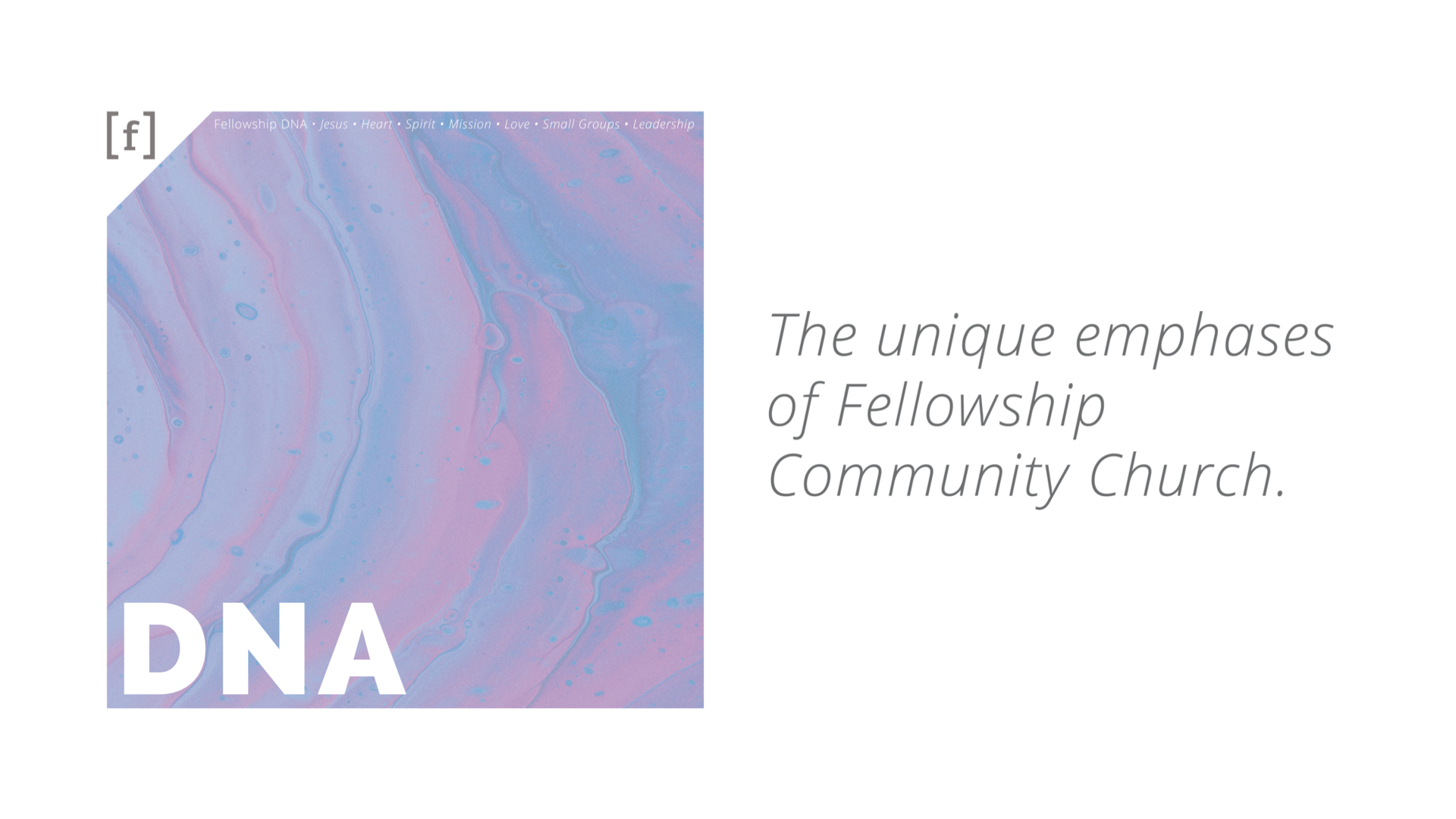 Ben Willey: Welcome to fellowship podcast. We’re discussing the DNA statements that we made as a community a long time ago. And we’re doing an eight episode series on these statements. Okay. This introduction one, we’ll be looking at the statements as a whole, and then we’ll go through in the concurrent episodes and look at each individual statement with me as pastor mark, pastor Mike I’m, pastor Ben.

And my first question is to you, pastor mark, asking the question, how do the seven DNA statements differ from vision or mission statements?

Mark Willey: Yeah, I think a vision is simply the expression of why we exist. I think mission would be how we specifically hope to live out the vision we’ve expressed, but the DNA statements or core values as we also call them are the convictions we hold to accomplish the vision.

These are values that are unchanging. The, the very core of how we do ministry. They’ve always been so continued to be so. Because they described the foundation of who we are. I think every church operates off some core values stated or unstated. We’ve stated ours in the DNA statements. We felt these were so important that a few years ago we put together a video series.

I called embark, which was basically taking these seven statements in seven different video installments. And I’ve asked every new community group to go through them just so they could be familiar with the, what our DNA is.

Ben Willey: Let it be said that we are in the first two minutes of a podcast and we already have our first sponsorship to the embark series.

Mike Candy: Can we sponsor our own podcast? I don’t think that’s a thing.

The second question. Thank you very much. Second question is how, and when were the statements made? We look back in our email train in 2013 is when we put the statements, constructed them as such. It was the three of us. That put these statements together. We didn’t try to put them together in a vacuum.

We tried to put them together with two words in mind, the words are descriptive and prescriptive. What were these values and DNA values have been a part of fellowship since its inception, but we are trying to simply describe the unique core values in these statements. And then we also. For them to be prescriptive in being a part of our forever.

In the body of Christ that we see in the new Testament. It’s, it’s a body, it’s an organism. It grows, it ages, healthy things, unhealthy things happen to the organism, but the DNA remains the same. And that’s a big desire of ours. And putting these statements together as to say, Hey, lots of different changes will happen.

Have always happened in church, have happened throughout the history of the church, but what you need. Calling are we called to here in south Jersey? And how is that unique? What are the constant unique callings that will outlive? And the other statements that we make Mikey, next questions to you. And this is simply a looking, so we’ve looked somewhat back and how we have we’ve constructed these, but looking into the future, how do these statements impact the future of how we do ministry here in south Jersey?

Mike Candy: Yeah, I think. The looking back and looking ahead are kind of hopefully one in the same. If we have this descriptive way from the scriptures that we find, God is asking us to walk and asking us to be about the future should hopefully look like the past in some foundational ways with the the differences, adapting to time in some way.

As we think about the embark series, the way that the whole like anchor and those types of things, I really love that that visual aid of a kind of a boat being tied up in, in the Harbor and you think of mission drift, the boat is untied and we’re floating around. And how are we going to come back to this anchor?

There’s a famous quote. I love it. Put first things first and second things are thrown in. Put second things first and you lose both the first and the second. Really keeping central. What is central and what is tertiary tertiary? Second. I think that’s a, that’s a huge piece of what the future will look like is as we stay close to these core values, these DNA that are the makeup of our church, we believe that God’s going to lead us in directions.

That’s not going to deviate from these foundational pieces.

Ben Willey: One of the cool things is Mike has a book in his office where he’s reading for. The seminary course, which I read from mine. I taught contextualization in the new Testament and it talks about how in different cultures you share Christ, this, you share the same Christ in different ways, trying to understand the values and the different ways that, that particular place, that particular time has embraced.

The DNA and while culture might determine how we do ministry, what programs we have, what things happen here, the DNA is something that’s of a more core and lasting belief. One question just for all of us. Last question is in your leadership here at fellowship of these seven DNA statements that we’re going to be going through.

Mark Willey: I will. I actually labored with this some because I do love our core values.

But I think the one I’ve probably used the most cited the most is the word spirit. And the definition we have is we seek to keep in step with the spirit. And sort of in light of what you were just saying there been, I, I think. I read a statement years ago that I have really embraced through the years of ministry, that, that, that any growth is change.

We, we revamped our entire focus in order to emphasize small groups, our churches, strongest ministry right now, I think of where people really do life together. Our community groups that grew out of a functional change, a form formal change of, of how things looked in, just. Keeping in step with the spirit.

We actually prayed more than we ever prayed in prem meeting. On Wednesday night, we did the things that were a value to us, but we did them now in, in the visual of it looked differently. And I think it best accommodated where people were and, and where, where our lifestyles had taken us. I think we’ve asked a question recently about the negativity.

Is that something, because we do believe every ministry has an, has an expiration. We concluded no, we have not reached the expiration point of naitivity we’ve revamped, Don some amazing things, I think. And, but we’re willing to ask the question of every ministry because we want to keep in step with the spirit.

He not only starts ministries, but we also have to give him the permission to stop ministries. Hmm.

Ben Willey: And I love this. And you said this often that uh, we have to be. To walk with change. And we all know what the change statistics are, is something around the 70% of people resist change. 10% of people like change and the rest of the 20% people, no matter what, if it’s changed, they don’t like it.

And that’s that’s we have that ourselves. And so we get married to our programs and ideas, but I think that’s been a commitment of fellowship, not a commitment to change for change. But a commitment to remain constant in the DNA. And when things no longer fit within our calling as a church, then we say, okay, let’s do the hard work of unmarried ourselves to this particular thing so that we can keep from mission drift and keep close to these lasting DNA.

And that’s good. How about you, Mike?

Mike Candy: I kind of, can’t go wrong with Jesus and his word being central to everything we are. And I just also want to call out mark. I think he did two of them in one. And you, your question was answering one. He did spirit and small groups in one that doesn’t seem fair.

Ben Willey: We have our first

Mike Candy: Yeah. Well, and, but mine, I feel like we kind of wrote two into one. Jesus and his word are central to everything. We. One of the things that jumped out to me is just lately many conversations with people and side conversations, doing the work of theology study about God, talk about God what, we’re, what we’re thinking as we come to God’s word.

And many of us have opinions and ideas. And a question I often ask people is on what basis have you formulated this opinion or thought, or. I think this about God, I don’t think we should support this, or we should object to those things. And the question is, where do we get that from? If we know that the word of God is, is really the word of God, we then keep Jesus who is called the image.

The son is the image of the invisible God in Colossians one, we keep God in the flesh, God with skin on central, we keep his word. So. And from there, we let the text, the scriptures give us these thoughts about God, rather than we have opinions. And we bring them to the text to force our opinions on it. We say all of our thoughts about God come from are shaped by the text.

And in that way, we look at Jesus. He is the image of the invisible God. And so we see that theology lived out in the person, the son, Jesus.

Ben Willey: And really from that’s the first DNA statement. I think Mike only read number one, didn’t read the rest today, but the, that first statement really is an umbrella statement that everything else mutts fit in, right.

If our small groups aren’t declaring the centrality of Jesus and are based upon the truth we see in the word of God, well then. Small groups are not doing what they should do, even though small groups is part of our value system. So all comes from. I have my, my statement also that I find myself saying the most is on the spirit.

Keep in step with the spirit. My favorite verse about churches when Jesus talks to Matthew 16, and he simply says I will build my church. And what I love about that statement. It’s his, I will build my church. And then the second part, which as a leader gives me utmost confidence and probably why end up referencing this DNA statement about the spirit.

We want to respond to the rhythms and leadings of the spirit that we have been given, because it is his church. And in the centrality of Christ, Jesus has sent his spirit to lead us in each step of the way. Well, this concludes our first DNA podcast. And we’re going to jump next time into episode one, our first statement, but so glad that you guys are tracking along with us.

Mike Candy: I’m just so glad we did it. I just didn’t think it was ever going to happen. But here we are here we are

Ben Willey: at the end of episode one, after 2013, putting these statements together.