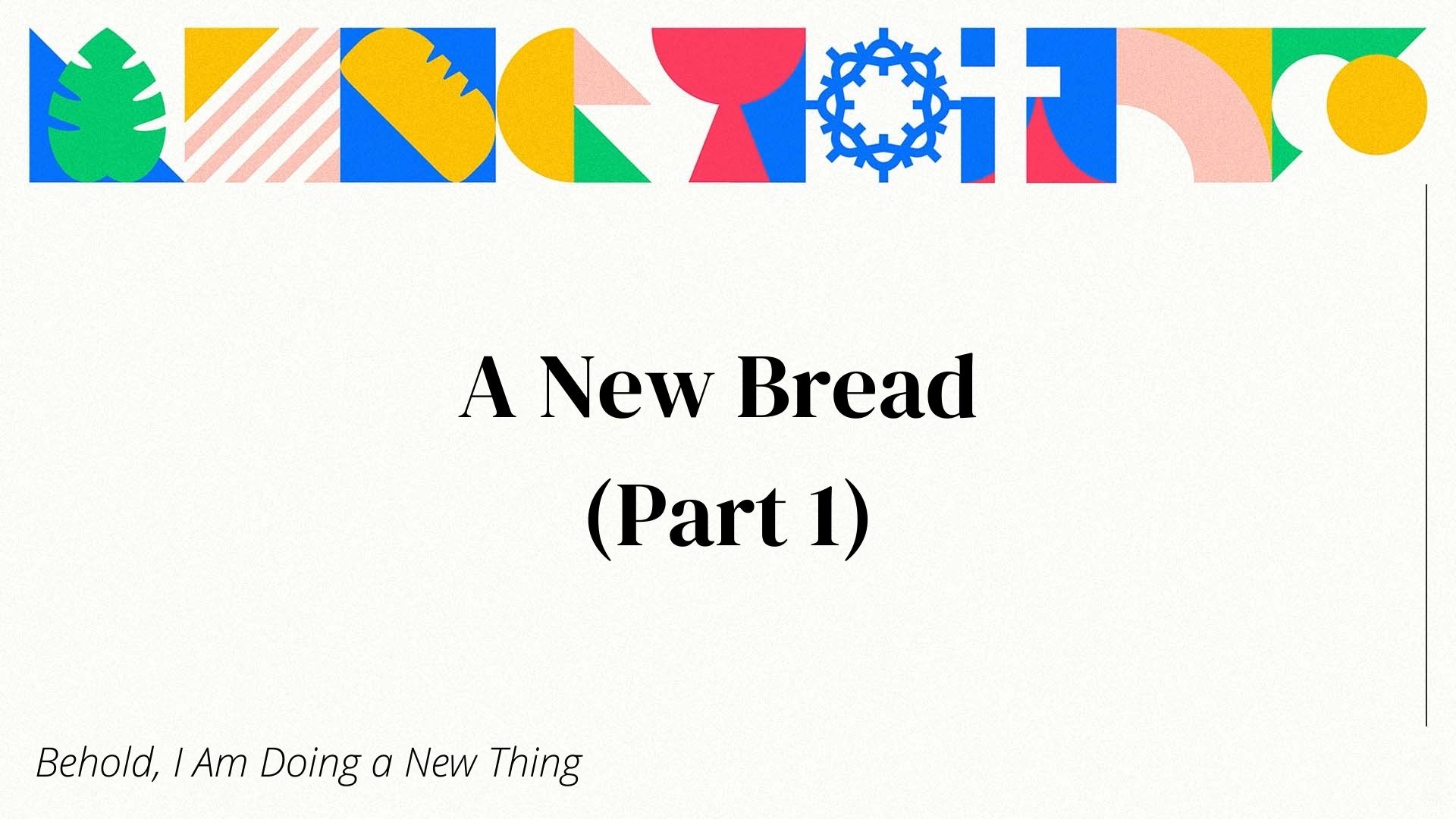 In his comedy special King Baby, Jim Gaffigan reflects on our affinity for describing earthly pleasures, such as a delicious piece of pie being “like heaven”– or in the case of the great state of West Virginia, “almost heaven.” What if in heaven, there is no pie? And after striving towards righteous lives, are we really going to a place that’s only a little better than West Virginia?

The human idea of what is “heavenly” sparks even further questions for me. How often do the things that we find beautiful, sumptuous, or intoxicating ever measure up to the glory of heaven? And does that which truly is of heaven always register to us as such? When we read about manna, the mysterious substance that God showered upon the Israelites after they complained of hunger on their journey to the Promised Land, the answer to that last question is decidedly “No.”[1]

While “manna” is sometimes used as shorthand for something miraculous or otherworldly in its goodness, inspiring countless restaurant names, the Israelites would not have described it as being “like heaven.” Granted, it’s hard to imagine Moses’ followers not wondering at the small, round celestial bread first described in Exodus 16:13-15 as raining down and appearing in place of the morning dew, white and flaky like frost covering the desert, and tasting to Moses’ followers like wafers made with honey (in fact, the name manna comes from the original Hebrew “Ma’n Hu?” for “What is it?”, because that is what they asked).

But just as anything from another world has the potential to enchant, it also has the potential to be strange and unsettling. Manna was not a food that the Israelites could store overnight. They could only take as much as they could eat in a day, and if they disobeyed this, the manna would develop a foul smell and breed worms by the next morning. The only exception to this occurrence was the Sabbath (Exodus 16:19-30). The manna may have also looked a little like a tree resin called bdellium according to Numbers 11:7, but that comparison is mysterious in itself.[2]

The true problem with manna ultimately was not that it was strange, but that it became too familiar. Numbers 11 describes the Israelites eventually spurning the manna, loudly wishing for meat and fondly remembering the free fish they ate in Egypt, “the cucumbers, the melons, the leeks, the onions, and the garlic” (We remember that they were slaves when they were in Egypt, but they do not mention this while complaining.) This attitude resulted in God assuring Moses that He would give them so much meat that it would come out of their noses. Quail was then rained upon them– at the price of a devastating plague (11:4-23, 31-35).

When the Israelites had almost finished their journey to their Promised Land, Moses would remind them of all the ways God had cared for them up until then, mentioning the provision of manna twice. In Deuteronomy 8, he tells them that God was not only feeding them, but humbling them and testing them, so that “he might make [them] know that man does not live by bread alone, but man lives by every word that comes from the mouth of the Lord.” (8:4) For forty years, God gave the Israelites precisely what they needed to survive—they could not gorge themselves on it, store up a week’s worth just in case, or distract themselves with the taste. Their only true satisfaction would come from recognizing the goodness of God’s provision, listening to His direction, and trusting that He would take care of them day by day. The Lord was preparing them to be followers of His commandments, blessed with a good and bountiful land.

It is tempting to laugh at the Israelites’ forgetfulness and lack of gratitude towards the things God had done for them. But we are Israel during Lent and every day of our lives. We can so easily get caught up in looking towards earthly things for a fleeting taste of “heaven,” that when we are presented with the chance to give something up for even a short amount of time, we get anxious because we need our Facebook feed, our hour of mindless television, our endorphin-spiking piece of cheese to get us through the day. We never actually need these things, though. We need a peace and strength that comes from recognizing God’s goodness, even while feeling completely empty.

[1] This article is adapted from and expands on this piece I wrote for American Bible Society’s Bible Engager’s Blog in 2017.

[2] The comparison of manna to bdellium, or the color of bdellium, is somewhat perplexing because bdellium is lumpy and often reddish-brown (at least according to my Google searches), and manna is described as being round like a coriander seed and white in Exodus 16:31. “Bdellium” is the common English translation for the Hebrew word bedolach, which is often interpreted as “pearl” or “precious stone.” The Message version (a helpful paraphrase but not a translation) assumes that the comparison is being made to the shininess of the resin. There seems to be no agreement about what is meant by bdellium here, but the confusing nature of this description highlights how the manna was not like anything Israel had ever seen before.