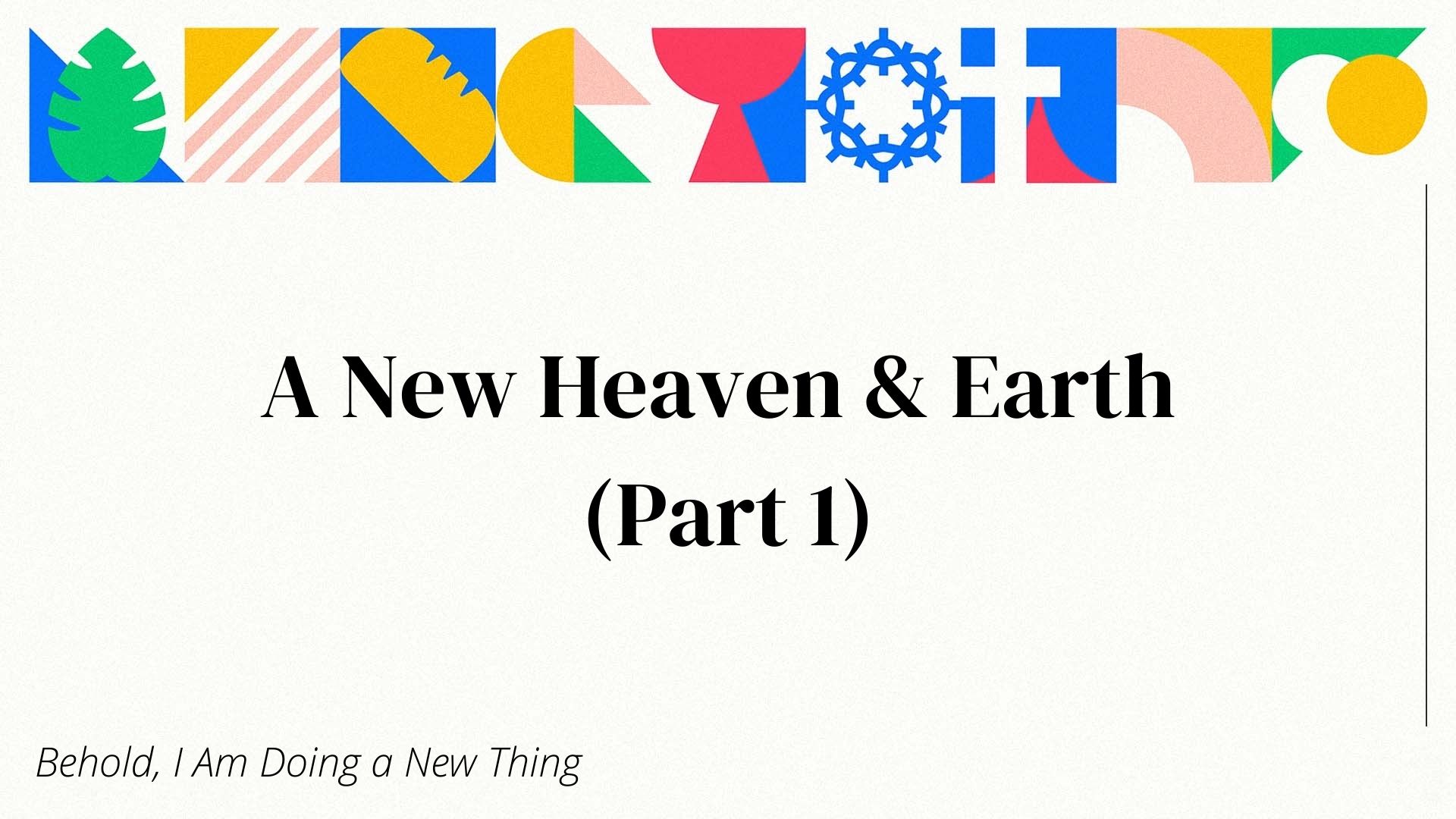 Know this first of all, that in the last days mockers will come with their mocking, following after their own lusts, and saying, “Where is the promise of His coming? For ever since the fathers fell asleep, all things continue just as they were from the beginning of creation.” For when they maintain this, it escapes their notice that by the word of God the heavens existed long ago and the earth was formed out of water and by water, through which the world at that time was destroyed by being flooded with water. But by His word the present heavens and earth are being reserved for fire, kept for the day of judgment and destruction of ungodly people.

But do not let this one fact escape your notice, beloved, that with the Lord one day is like a thousand years, and a thousand years like one day. The Lord is not slow about His promise, as some count slowness, but is patient toward you, not willing for any to perish, but for all to come to repentance.

But the day of the Lord will come like a thief, in which the heavens will pass away with a roar and the elements will be destroyed with intense heat, and the earth and its works will be discovered.

Since all these things are to be destroyed in this way, what sort of people ought you to be in holy conduct and godliness, looking for and hastening the coming of the day of God, because of which the heavens will be destroyed by burning, and the elements will melt with intense heat! But according to His promise we are looking for new heavens and a new earth, in which righteousness dwells.

“Earth isn’t our home. It’ll be destroyed and we’ll go to Heaven.”

“God’ll burn up the whole earth. But then He’ll create another one.”

Have you hung around churches long enough to hear some end times-y sounding speculations like these? For all our anxiety (or callous unconcern) about earth’s fate, conspicuously absent from such talk, oftentimes, …is God. In His heart for His creation, and in His plans to redeem it from sin and death and Satan which we, humans, subjected it to. So, today in our series we ask, What does God say about this new heavens and new earth?

To answer that, we must first ask a more basic question: What is “the heavens and the earth”? And for that we turn to the book of Genesis.

Genesis 1 tells us this: “heaven and earth” means home. (Or so I will suggest here.) It is a phrase which refers to that place, including both visible and invisible created reality[1], which has been life-lavishingly ordered by God, as a gracious act of generous hospitality, for His creatures to dwell in it and, even more importantly, to dwell with Him in it.[2]

Take Genesis 1:2 when set alongside 1:7-10:  “…The earth was without form and void … And God made the expanse and separated the waters that were under the expanse from the waters that were above the expanse. … And God called the expanse Heaven. … And God said, “Let the waters under the heavens be gathered together into one place, and let the dry land appear.” …  God called the dry land Earth …”[3] See? Apart from God creating, earth would have been formless and empty (v. 2); apart from God separating out and ordering things (v. 7), the heavens would have just been a mess of chaotic “waters,”[4] Genesis tells us.

But then God does His artistry. He brings order, and in doing so creates a space called “the skies” (or heavens). Likewise, He gathers the waters together and thus creates a space called “the land” (or earth). Read on in vv. 20-26. God goes on to fill all these spaces with inhabitants: the skies/heavens with flying creatures, the land/earth with beasts of the land, and the sea with sea creatures.[5]

The meaning is clear: God wants to fill these places with living creatures. Just check how many times God uses the word “fill” or “multiply” or “fruitful” in this chapter!

You see, God has a purpose: that all His creatures would dwell in “the heavens and the earth” (and particularly to dwell with Him in it). “Heaven and earth” is, at its best, in its original intent, our with-God-home. That’s what Genesis 1 tells us about the phrase.

Now, before we examine the “new heavens and new earth” next time in light of this, let that sink in:

I’m home… I’m in my Father’s house… “This is my Father’s world; I rest me in the thought.”[6] … There’s never been a moment you couldn’t honestly claim that. It is your birthright. … Trace back through every moment of your life… and your parents’… and your ancestors’… back as far as time can go… and you would always find it: Home. Welcome. Hospitality. A with-God-place for you to live. … God has not merely caused you to exist; rather, your Father, the King of heaven and earth, has brought you from birth into the family home, a royal palace, lavish with good gifts, a vast and bountiful estate He fashioned specifically for you to enjoy, to live together with Him and all His children. …Therefore, give thanks. Notice. Wonder. Savor. Marvel and revel in His gracing love toward you, beloved.[7]

Yes, now you suffer emptiness, waste, chaos, barrenness, fruitlessness that our sin has wrought. Yes, sin tempts us daily to annihilation, to de-create ourselves and others, to reject our with-God-home for the nothingness out of which He called us. But do not despair. We are the children of the re-creating, re-ordering, ever-generous, super-abounding, everywhere-hospitable God who will fill the home he has made.

All the empty shall be filled, all waste conserved, all chaos ordered, all barrenness made fertile, all fruit multiplied, if only we can wait. And wait we shall, for as Christ our Savior taught us, “The Spirit is willing,” though the flesh is weak.[8]

[2] For a brief video see https://bibleproject.com/explore/video/heaven-and-earth/. For more depth, see https://bibleproject.com/podcast/series/heaven-earth-series/ for podcast transcripts by Old Testament scholar Tim Mackie. For a more scholarly treatment of heaven and earth understood as a unified dwelling place of God and humanity, see T.D. Alexander, From Paradise to the Promised Land: An Introduction to the Pentateuch, 3rd ed., (Baker, 2012), 119-133, or the works of Genesis scholar John Walton too numerous to name here.

[4] To be clear, God created all things out of nothing (ex nihilo), but Genesis uses a metaphor of primordial chaotic waters that is common to creation narratives of the ancient Near East. For more on this see https://bibleproject.com/podcast/series-h2r-p21-metaphor-e3-chaotic-waters/ and, again, the work of J.H. Walton.

[5] Tim Mackie is where I first encountered the idea of the three fold structure of God making spaces and filling each of them in the six days of creation, though the observation does not originate with him. See https://bibleproject.com/explore/video/genesis-1/.

[7] See Thomas Traherne in Centuries of Meditations, 1908, to whom I am deeply grateful for a greater apprehension of the blessedness of even our current state.