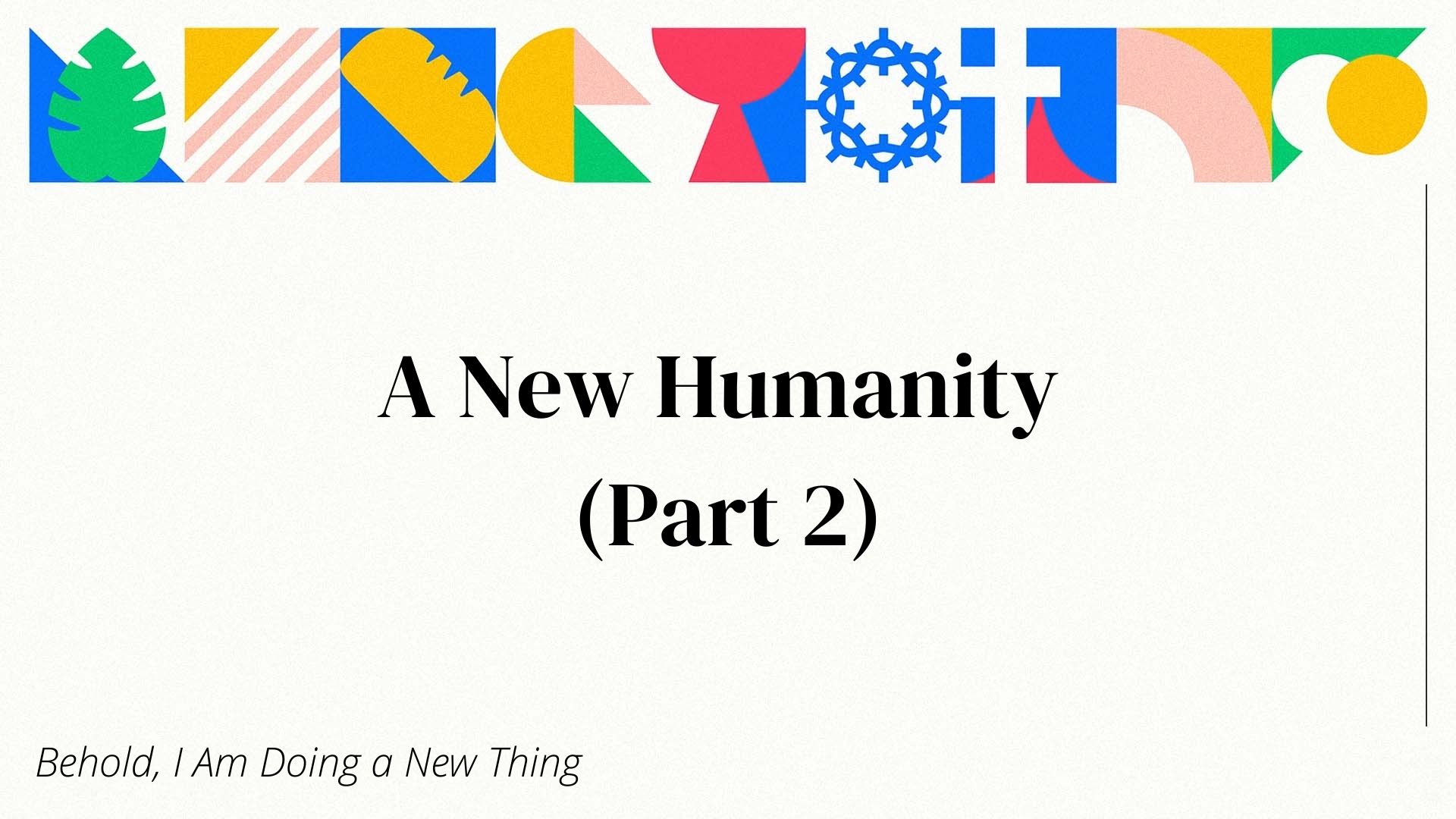 What does it mean to be human? We looked at God’s ideal plan for humanity in part 1. To be human means:

God created humans to be his image–to represent him and work together (with God and other humans) to maximize his blessing throughout his world. The Psalmist reflects on this calling in Psalm 8.[1]

O Lord, our Lord, how majestic is your name in all the earth!

You have set your glory above the heavens. Out of the mouth of babies and infants, you have established strength because of your foes, to still the enemy and the avenger.

When I look at your heavens, the work of your fingers, the moon and the stars, which you have set in place, what is man that you are mindful of him, and the son of man that you care for him?

Yet you have made him a little lower than the heavenly beings and crowned him with glory and honor. You have given him dominion over the works of your hands; you have put all things under his feet, all sheep and oxen, and also the beasts of the field, the birds of the heavens, and the fish of the sea, whatever passes along the paths of the seas.

O Lord, our Lord, how majestic is your name in all the earth!

Rather than ruling the world himself, God gives that authority to humans. Instead of angels ruling the world, God gives that authority to humans. Perhaps you react like the psalmist and ask, “What is humanity in comparison to the vastness of the universe? Who are we compared to heavenly beings? Why humans?” Yet this is what God has done. He created humans in his image to be representative stewards of his world.

Pretty sweet gig, huh? What could go wrong? Well, things get real bad, real quick. Humans sin and blame each other, they murder, lie, abuse, steal—and all that is in Gen. 3-4! Things don’t get better. Yes, there are stories of humans being incredibly generous, kind, good, loving—but even the best humans are flawed and succumb to temptation, taking what they want for themselves even if it means disobeying God or hurting others.

So how do we measure up to our calling? Paul helps us out here with a summary of the human condition. Check out Romans 1:18-25–instead of being images of God and ruling over creation, humans make images of creation and worship them! Ultimately humans reject God and the vocation for which they were created.

Until Our Savior, Jesus Christ

In Colossians 1:15-16 Paul writes, “He [Jesus] is the image of the invisible God, the firstborn of all creation. For by him all things were created, in heaven and on earth, visible and invisible, whether thrones or dominions or rulers or authorities–all things were created through him and for him.” Again in 2 Corinthians 4:4 Paul says Jesus Christ is the image of God. What’s Paul getting at here? He’s claiming that Jesus Christ is the one human who never failed to be the image of God!

If you search “image of God” you’ll see that Jesus is the only individual human who is called the image of God. No other humans live up to the call! And therefore our hope is not in humanity–it is in Jesus Christ. Paul continues in 2 Corinthians 4:5, “For what we proclaim is not ourselves, but Jesus Christ as Lord, with ourselves as your servants for Jesus’ sake. For God, who said, ‘Let light shine out of darkness,’ has shone in our hearts to give the light of the knowledge of the glory of God in the face of Jesus Christ.” Can’t say it better than that!

Jesus is more than the one true image of God. At the beginning of Colossians Paul established that Jesus Christ is God in human form (Col. 1:15-20). Jesus is our King, our Lord. He is who we worship and follow.

Later in the same letter Paul talks about how a community of Jesus-worshipers is to live. He writes, “Do not lie to one another, seeing that you have put off the old self with its practices and have put on the new self, which is being renewed in knowledge after the image of its creator.”[2] Who is our Creator? Paul said it earlier in Col. 1:15-16–it’s Jesus. And the new humanity (new self) is renewed in his image.

Haley Jacob provides a deep analysis of Romans 8:29 in her incredibly helpful book Conformed to the Image of His Son. In a summary section she writes, “Jesus is the perfect image of God, who in his resurrected and exalted state is the firstborn of both a new humanity and an eschatological family of God–brothers and sisters who participate in the life of this resurrected Son.”[3] So, as a Jesus-follower:

Following Jesus completely renews what it means to be human.

[1] The Bible Project has a very helpful video and podcast series on the image of God.

[2] Colossians 3:9-10; read the rest of the letter for more characteristics of the new humanity.

[3] Haley Goranson Jacob, Conformed to the Image of His Son: Reconsidering Paul’s Theology of Glory in Romans, pg. 201. Click here to listen to an interview with Haley and get the main thoughts of her book.